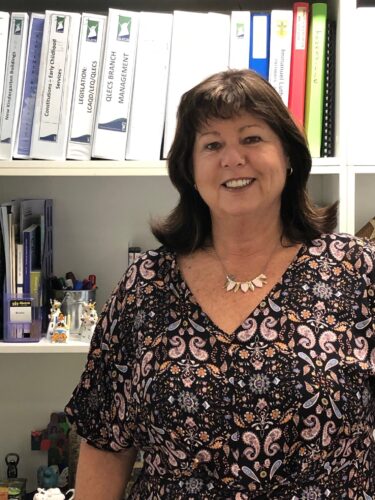 It is with grateful hearts that we farewell Lyndal Mayer, Chief Executive Officer of QLECS, as she moves into retirement at the end of January next year. Lyndal has faithfully served in this role for the past 10 years with a total of 38 years of service to Lutheran Education. Lyndal’s significant contribution to QLECS and also to Lutheran education more broadly has been outstanding.

Lyndal commenced as a teacher at Grace Lutheran Primary School in 1985. Lyndal also taught at St Peters Lutheran College, Good News Lutheran School, and St Paul’s Lutheran Primary School where she took on the role of Deputy Principal. Following this, Lyndal also taught at Immanuel Lutheran College and held the role of Deputy Principal, followed by Head of Junior School. These roles developed Lyndal’s knowledge of early years education and also honed her administrative skills. In March 2013, Lyndal took on the management of Queensland Lutheran Early Childhood and School-Aged Care Services, better known as QLECS, which was a good fit for her skills and experience. Lyndal’s giftings in navigating a path through the complex administration required of the Early Childhood sector has been highly valued.

Lyndal has a heart for people and for the Church which has been evident in her service, not only in her roles over her 38 years of service, but also through the numerous overseas mission trips she has been involved with. There is no doubt that Lyndal will continue to serve our Lord and those He places in her path in the years to come. We wish Lyndal every blessing for the next phase of her life.

Opening of the Peace Cafe, Gatton »