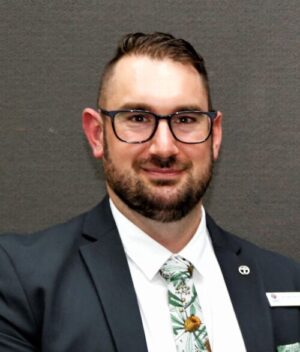 Can you name a movie that leaves you with goosebumps and those little hairs on the back of your neck pricking up because the soundtrack just works so well with the action?

For me, the movie that springs to mind is ‘Chariots of Fire’. Even as I write this I can hear that famous tune, and it invokes from the film those images of running. Maybe it even provokes you to go for a run (or maybe a walk?) around the block!

The 1981 Film is about Eric Liddell, born in China to Scottish missionary parents, who sees running as a way of glorifying God.

After being selected for the 1924 Olympic team, Eric discovers the heats for the 100m (his favourite event) are on the Lord’s Day (Sunday). Despite pressure from the Prince of Wales and the British Olympic Committee, he refuses to run the race because of his Christian convictions.

Being offered a place in the 400m – a distance four times greater than he would normally run – Eric gratefully accepts the opportunity, and from the outside lane defeats the American favourites, winning a gold medal. Following the Olympics, he returned to China to serve as a missionary teacher for 20 years until his death, aged just 43.

Recently I read again the start of chapter 12 in Hebrews, referencing us running the ‘race marked out for us’ and being surrounded by ‘such a great cloud of witnesses.’

I don’t know about you, but that is the sort of thing that leaves me with goosebumps and those little hairs on the back of my neck pricking up. Because these witnesses (the Old Testament heroes, the saints that have gone before us, perhaps Eric Liddell himself), are surrounding us in this Christian race that we are on.

You see, the Christian life is not a walk, not a meander, not a stroll along the beach. It is a ‘race’, so we need to ‘run’. You might think that your days of running are behind you (if they ever were had at all), but if we look at Eric’s life, we see, he kept running.

Following success in the Olympics, he kept running his Christian race as he served as missionary in China, through to his death as a prisoner of war.

But what about us? How are we ‘throwing off everything that hinders’ and running ‘the race marked out for us’? How are we engaging people with God’s love in everyday life?

Surrounded by the great cloud of witnesses, I pray your race is focussed on ‘Jesus, the pioneer and perfector of our faith’ who leads and empowers us in our lives of following Him, sharing this Gospel message with those who need to hear it.

It won’t always be easy – in fact, it will possibly be anything but easy – but our reward is far greater than anything this world could ever offer. Our gold medal, our crown is righteousness, which is given to us by grace through faith in Christ. That, I believe, is worth running for 😊