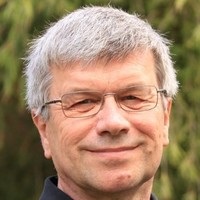 This week we begin a three-part series, shared with the permission of Rev Dr Steen Olsen.

It was recently my privilege to preach at the sixtieth anniversary of our congregation, St John’s Lutheran Church, Tea Tree Gully, South Australia. Ruth and I have been members for just under a quarter of that time. Like many Lutheran congregations in Australia, we are currently without a pastor, though one is arriving in a few weeks (Welcome Rolly!). In preparation I looked back over our history. Our membership was once nearly four times what it is now and our average weekly worship attendance twice the current numbers. We once had a thriving Sunday School and people from the local community sent their children to our Vacation Bible Schools.

Those were the days!

Our second parish was in Tuggeranong, at the time, a rapidly developing part of the Australian Capital Territory. The Federal Government was hiring many more public servants. There we 50 members when we arrived. When we reached 160 people, I did an analysis and discovered that just over half were under the age of 18. I got used to preaching with ongoing noise in the room. Silence was a bit unnerving. I turned forty during our time there, and we only had five members who were older than me. Yes, I remember the good old days.

Those days are no more

But those days are gone, and they won’t be back. We need to get over it! Don’t be like the children of Israel in the wilderness, yearning to return to the fleshpots of Egypt. [Exodus 16:3] When we drive in the Australian Outback what we see in the rear-view mirror and what we see through the windscreen are often the same. That is no longer the case when it comes to the journey we are on as church. The future will not be a repeat of the past. That which got us to this point won’t take us into an effective future. The world has changed. No matter how brilliant our Sunday School or VBS, how switched on it is with all the best technology and teaching techniques, our local communities still won’t be breaking down our doors to enrol their children. Those days are gone along with big crusades (I was a counsellor in a Billy Graham Crusade when still in High School), ambitious church building programs and fancy media campaigns.

Sometimes we old people also need to remember that the good old days weren’t always that good. We need to be careful what we measure, because what we measure will shape what we do. In the past we have generally measured success in congregations by three things: membership, attendance, and offerings. If they are the only criteria by which we judge, then the foreseeable future looks very bleak indeed. The trends have all be downward.

Questions for reflection and discussion:

How do you measure success in your congregation?

If you measure it by membership, attendance, and offerings, are you winning in any of these?

Can you think of other success measures?

Rev Dr Steen Olsen is a retired pastor of the LCANZ, a former director for Mission of the LCANZ’s South Australia-Northern Territory District, former president (bishop) of the Lutheran Church of New Zealand and director of its Media Ministry.