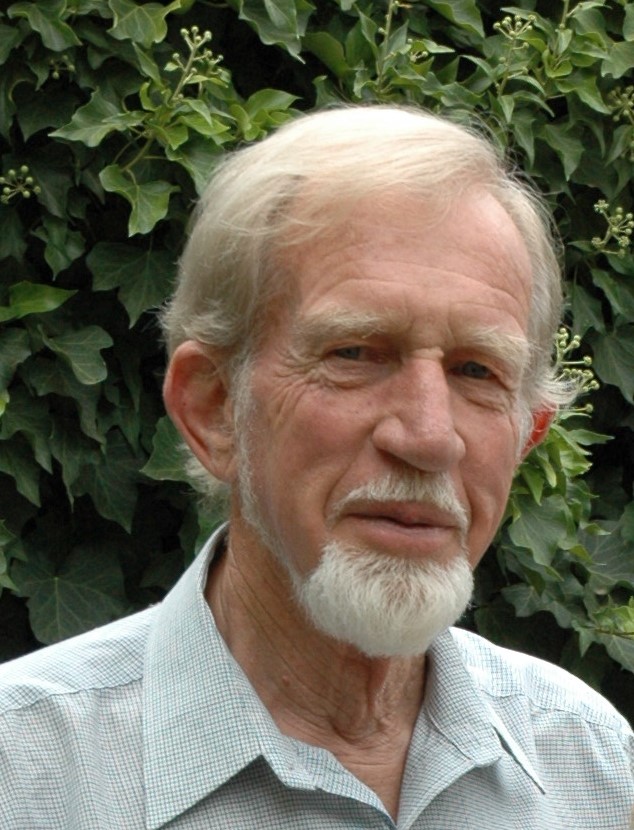 I want to share my recollections of a truly great man of God who, throughout his life, influenced hundreds of people. I was one of those people.

But first let me go back even further to my primary school days and recall Pastor Ted’s father – Pastor Prenzler Senior. He came to the school I attended at Zillmere to take the Lutheran children for religious instructions.  I still recall this saintly pastor as he taught us the things of God while leaning on his walking stick.  Little did I know that his son (Pastor Ted) would later have a profound effect on my life and the lives of so many others over the ensuing years.

Maureen and I were married and began attending St Peter’s Lutheran Church at Petrie (Now Murrumba Downs).  When Pastor Ted and Renate arrived it would be the beginning of a life long journey that may not have taken place had Pastor Ted not been our pastor in the early eighties.  Of course it would be remiss of me not to say that we were just two of the many people in that church whose lives were transformed by Ted and Renate’s ministry.

Renate was a wonderful compliment to Ted.   In some ways she was like having a second pastor.  By that I mean anyone could go to her and receive the same wise council or listening ear as we received from Ted. I think many of us younger families (especially the women) saw her as a kind of spiritual mother.

Ted and Renate worked closely together in the area of what has come to be known as  “Prayer Counselling”. “Prayer Counselling” as a concept was first introduced by Agnes Sandford and then later by John and Paula Sandford (no relation to Agnes) and is continued today through the international ministry of Elijah House.  I know that Jesus used Ted and Renate to heal the spiritual and emotional hurts and traumas of many people at Petrie and beyond through this medium of counselling.

Renate also introduced many of the younger women at Petrie to the graceful art of sacred dance.  Even the little girls had their own group.  Both groups enriched the Sunday worship as they gracefully danced before the Lord.  Renate was such a godly woman.  One time I asked her if she was really what she appeared to be or was it just an act.  Silly me.  She was what she appeared to be. She was the epitome of what I think it means to be a good, godly and faithful servant of the Lord.  It was a great loss to many when Renate died well before her time.  I am sure that when she met Jesus He would have said to her “Well done good and faithful servant”.

But back to Pastor Ted: Our children (along with so many other children at St Peters) absolutely adored Pastor Ted and would run to him whenever they saw him.  He would greet them with his ever present broad smile framed by his neatly groomed blonde beard and moustache.   Being a very tall man his deep baritone voice boomed out a friendly welcome to all who met him and gave us the assurance that this was a man in whom we could confide our deepest hurts and struggles and joys.

When Pastor Ted took the call to Petrie there were about 60 people attending worship each Sunday.  By the time we left to attend Seminary some four years later, the average attendance was nearer to 200 per Sunday. When I look back on the life of Ted Prenzler, I can tell you that he was a godly man; faithful to his family, his flock, the Lutheran confessions and his Lord.  Looking back on the people who have influenced my life Pastor Ted stands head and shoulders above the rest.  I dare say many more could add an ‘Amen’ to that.  Of course if you asked Pastor Ted he would have instantly given all the glory to God.

Ted always encouraged people to use their gifts and gave them the space to do just that.   I remember him asking me to become a lay-reader and his encouragement at my first timid efforts. Years later when my own sermons went longer than the prescribed time and parishioners would tell me so, Ted’s words would ring in my ears, “Sermonettes make Christianettes”.  By this I understood that he was encouraging me to share the gospel message – the richness of the counsel of God –  in its fulness and leave nothing out.  When I decided to attend Seminary he gave me great encouragement and support.  I have no doubt that Pastor Ted was instrumental in the fact that a wealthy friend of his (whom I had  met only once) offered  to support me financially during the six years of my seminary training.  Pastor Ted was that kind of man.  He never failed to put his money where his mouth was, so to speak.   He led his people with the Word and his own faithfulness.  I know many would agree with me when I say that we saw Christ reflected in Pastor Ted.

I was able to watch Pastor Ted’s funeral online some weeks ago and noted from the numerous tributes given about him by family and friends that my experience of Pastor Ted Prenzler was not unique.  The LCA has truly lost a giant of a man, but his legacy will live on in the lives of the countless people he faithfully pastored and served.   Till we all meet in glory, rest in peace Pastor Ted.

Photo Credit: The headshot is taken from the full pic (with second wife Alice), which was taken by his son-in-law Geoff Smith (married to Pastor Ted’s daughter Jo Smith) and supplied by same. A head and shoulders crop from the full pic was used for the funeral program.

Bearing Witness to Jesus in an Unchurched World »