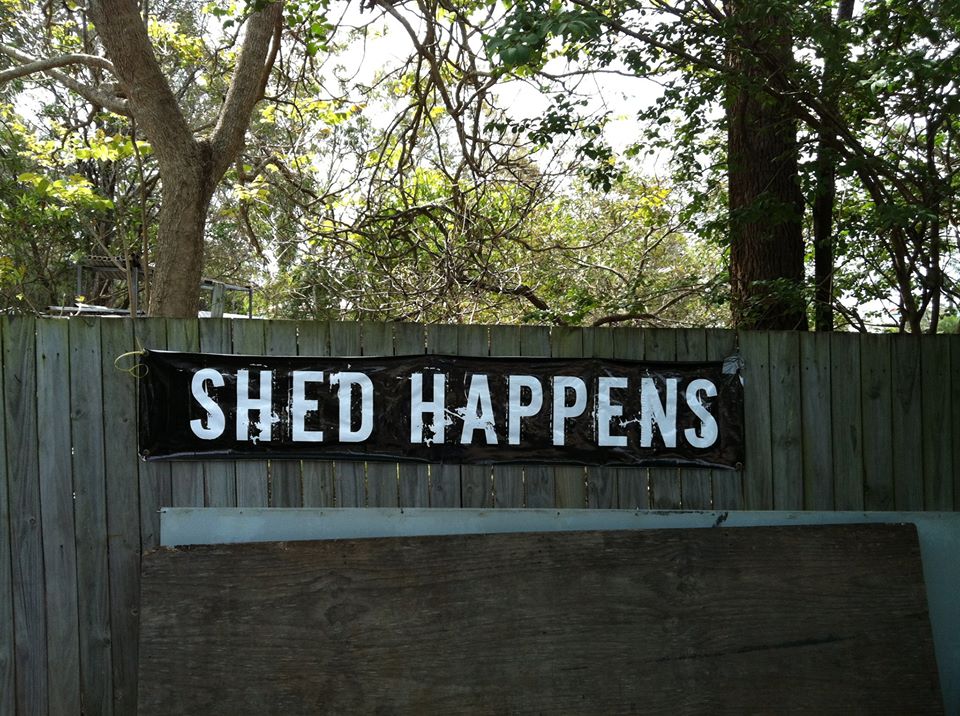 Shed Happens is a monthly gathering where men usually come together in various locations throughout Australia (including Queensland), have a good feed, hear each other’s stories and connect, but due to Covid-19, they had to make changes. They’ve moved to more frequent meet ups over Zoom, sometimes getting around 300 men attending. Whilst it isn’t the same as the usual gatherings and has some limits, Wayne Niebling, one of the leaders of Shed Happens, has seen opportunity in the experience.

“We’ve learned there is a massive need, and a massive isolation in our country… so we are thinking we could continue to do it (virtually) even when we come back all together, at least once a month” says Wayne. “A lot of our leaders are in very isolated areas, and they might have 10 or 20 blokes that gather together. That once a month to inspire them and show there’s more blokes they can connect with and talk to is really powerful.”

“Also new fellas are finding it a little bit easier and less challenging to come onto Zoom,” says Wayne. “It’s pretty confronting when you rock up and there’s 100 blokes you don’t know, so it’s good as a bit of an intro.”

Shed Happens going virtual has also allowed a new group of people to use their skills in IT, as well as giving an opportunity for more people to come, including one man from Wayne’s group who hadn’t been able to come for three years due to being bed ridden, “and now he’s ringing up people and keeping connections. I just didn’t see that coming and that for me was exciting enough to keep doing it.”

Wayne and the team have also taken the time to reflect on how Shed Happens, and also the church in general, can slowly over time become more about entertainment than education and connection.

“I think what we’ve realised is we have to keep the message very simple, and God’s the one that does the changing of the heart, not us.  We just make an opportunity for that to happen.”

Seriously Out of Control! »