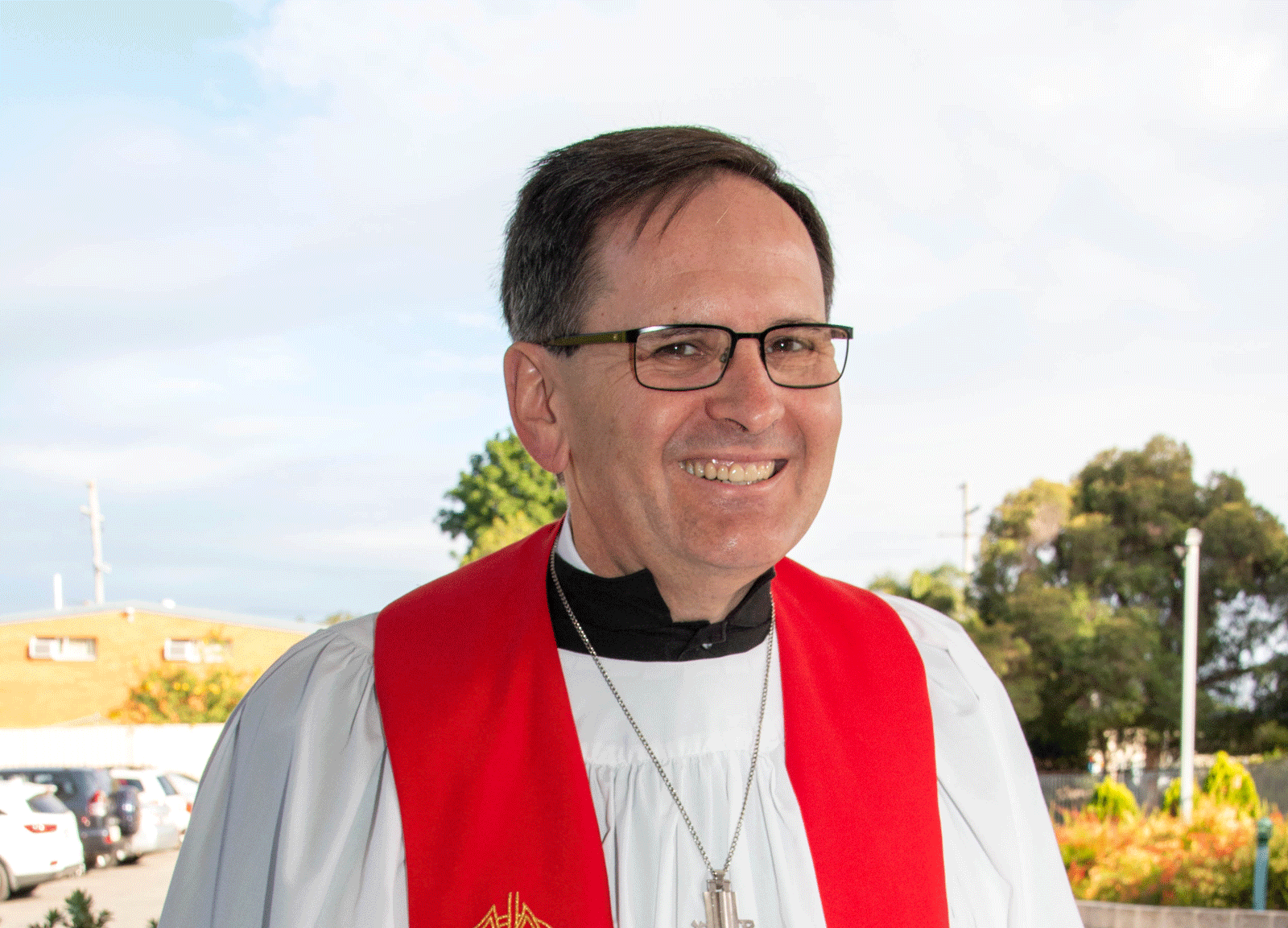 Those are hard words to say at this time when there are closures and changes happening daily. Even the gathering for Sunday public worship is suspended.

“Now thank we all our God…”

Those words from the opening line of the famous Lutheran Hymn (number 437 in the Lutheran Hymnal and supplement) were written by a man in the context of pandemic and chaos.

Martin Rinkart served as a Lutheran pastor through an era of human history we call the “30 Years War”. It was an extraordinarily horrific time when over 1/3 of the German people died as a result of the blood-soaked conflict and even more through the plague.

Rinkart was a leading pastor in a town named Ellenberg: a city with medieval walls. During the conflict, many refugees fled into the town. The city was besieged by an army from a neighbouring nation, intent on taking the town and plundering and murdering as was the conduct of many armies at the time. As starvation and plague ravaged Ellenberg, Pastor Rinkart was required to bury more than 40 people a day.  In one year, 1637, Rinkart buried the only other pastor who had remained in the city (two others had already fled.) Pastor Rinkart also buried his own beloved wife. In that same year, he even had to take on the role of grave digger as there was no one else to do the job. As the refugees flooded into Ellenberg numbering in the tens of thousands, Rinkart took dozens of them into his own home and mortgaged his own house to help feed the hungry people.

With such severe suffering, Pastor Rinkart was asked to take on the role of leader of the town. As the misery swelled, he went out from the safety of the city walls to meet with the commander of the army that had surrounded the city. His purpose was to plead for the people. At first, the commander rejected Rinkart, having demanded an enormous, impossible ransom. His message to Rinkart was “Pay up, or die!” In response, Rinkart turned to face the people of the city and invited the people to finally take their refuge in God and the pastor then led them in prayer.

History tells us that the commander was so moved by this faithfulness that he settled with Rinkart on an amount of money equal to what was required to feed his army for a day. The army left and shortly afterwards, Pastor Rinkart gathered the people for a special worship service. The people of Ellenberg were the first Christian people to ever sing a hymn that Pastor Martin Rinkart had written for the occasion:

“Now thank we all our God with hearts and hands and voices,
Who wondrous things hath done, in whom His world rejoices;
Who from our mother’s arms hath blessed us on our way,
With countless gifts of love, and still is ours today.”

In the midst of the suffering and loss in his city, Rinkart taught the people to sing of thanksgiving for God’s wondrous blessings and gifts trusting that God was with them in the midst of the most difficult times. Rinkart’s Christian faith enabled him to stand with the disciples who once said to Jesus, “Lord to whom shall we go? You have the words of eternal life.”

So we sing with Pastor Rinkart and the people of Ellenberg:

O may this bounteous God through all our life be near us.
With ever joyful hearts and blessed peace to cheer us;
And keep us in His grace, and guide us when perplexed,
And free us from all ills in this world and the next.

All praise and thanks to God the Father now be given,
The Son, and Him who reigns with them in highest heaven:
The one eternal God, whom earth and heaven adore,
For thus it was, is now, and shall be evermore.

And the peace of God which passes all understanding keep your hearts and minds in Christ Jesus. Amen.

How are LCAQD churches connecting during COVID-19? »