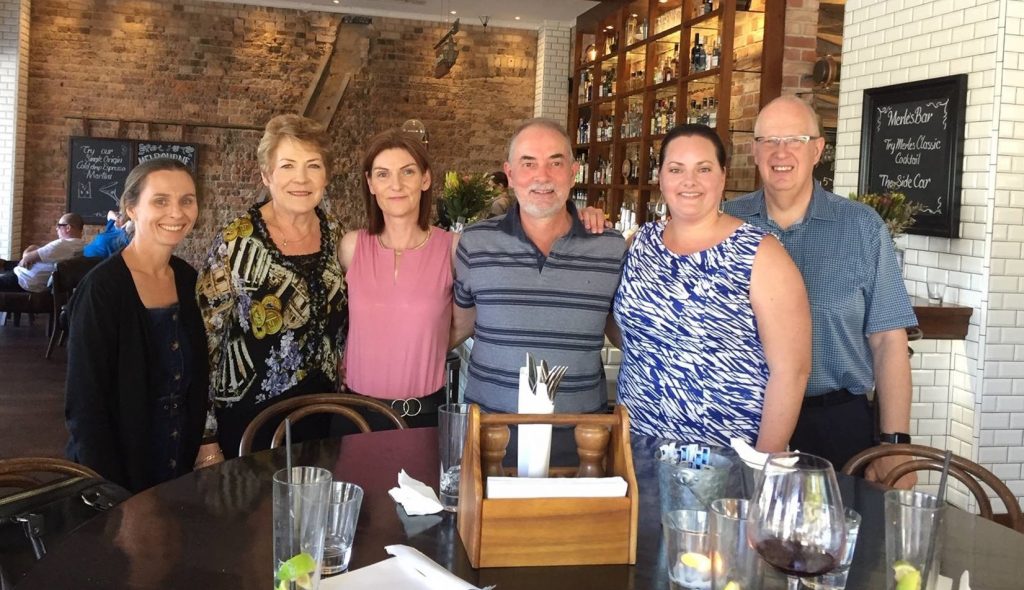 “Michael Turner, the Lord will keep your going out and your coming in from this time on and for evermore.” (Psalm 121)

I invite you to join with me in thanking God for the witness and service of our “out-going” District Executive Officer, Michael Turner as he concludes his ten years as LCAQD DEO amongst us.

The District Office that Michael began working in back in 2009 is not the office that we see today. In this time there have been significant changes in both our District Church and in the National Lutheran Church. In this time, Michael has served under three different LCAQD Bishops and two different LCANZ Bishops.

Michael has faithfully administered the tasks assigned to him and has diligently supported the work of the mission of God in our Church. You may not know that Michael had a military background, serving in the Army prior to his entry to the corporate and Church world. His training in the Army has shown through especially in his commitment to resolving inconsistencies in operations and ensuring that “chain of command” is properly followed.

This included his commitment to the ongoing governance review process in this past years, which resulted in the reorganisation of the District Office and the roles within the office, including the calling of a new full time assistant Bishop and the establishment of a “District Administrator” position.

Throughout his work in the District Office, Michael has always firmly believed that his role was a “vocation” in which he served the Lord, in serving the people of the Church and society. He has always been willing to share his Christian hope with staff and those he has interacted with.

In thanking God for Michael’s work in the cause of the Gospel, as the LCAQD District Executive Officer, we also commend him to the leading of the Holy Spirit, as he continues to serve in the name of our Risen Lord. Michael and his family are members of Our Saviour’s Lutheran Church, Rochedale and I am hoping that we will have opportunity to have a brief rite of thanksgiving for Michael’s service in his home congregation.

Your fellow in Christ, Paul

.. and one final message from Michael Turner:

It has been ten years, one month plus of incredible and challenging work for the LCAQD had come to an end and it’s new chum Rick D’s turn in the gig. Good on him! I sincerely wish him great success.

I reckon 5 cyclones/disasters, 11 synods, 120 board/council reports, umpteen dozen council/committee and other meetings, numerous litigation events, several budget biffo’s and lots of other stuff could bruise your psyche a bit. Nevertheless, it’s been a great honour to be your DEO over the journey. Never a dull moment.

I’ve been blessed by being surrounded by great people who’ve worked for the church every day. I could mention dozens and dozens but a special shout out to all my ten plus PA’s over the journey, especially Crystal (she’s no quitter), and the accounts team, especially Tara (and Willow, Flynn and Mariah).

I reminisced with ‘The Team’ that we are in the ‘Relationship Business’: relationships with staff, congregations, communities, families, and God.

People are important! Thanks to all who have sent me messages over the past few weeks. Much appreciated. I’m moving onto my next career with no regrets and great anticipation. I do have a sense of optimism for the church.

Of course you can’t give generously to the church the umpteen zillion extra hours and intellectual effort demanded of a DEO without the support of wife and family. They have been wonderful. Thank you Connie, Sarah, Jonty, Karoline and Edward.

For ten years I’ve encouraged everyone to be Jesus to their family and community, so I’ll sign off for the last time with the message…
May you be a blessing in Christ in the week ahead (especially to a young purply-headed women at the Centrelink office who was in great need of a loving friend in Jesus today).

Hope Vale Community Celebrates the Coming of the Gospel »