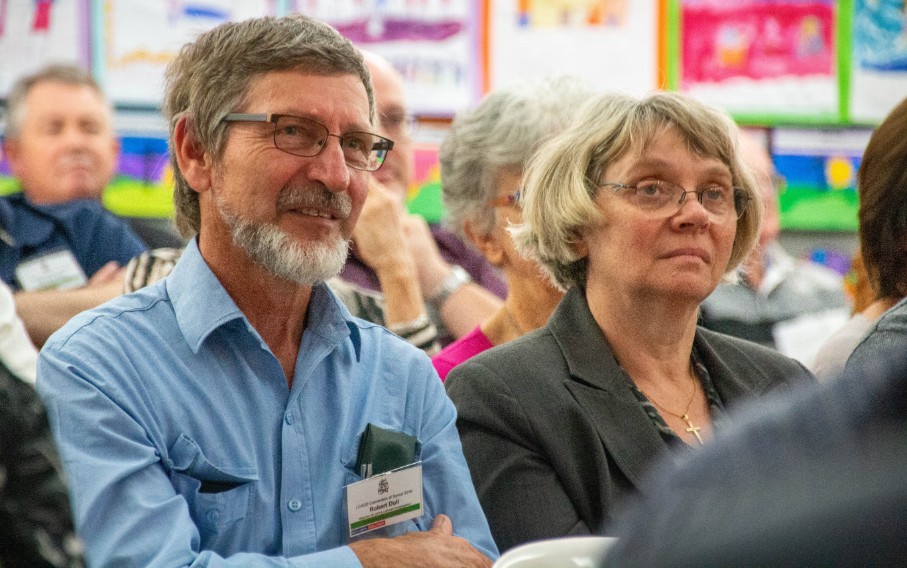 On Monday, 13 January, our parish woke to the harrowing news that Robert’s plane was missing south of the Queensland border. Later that day our worse fears were confirmed when the family was informed that both Robert and his brother Owen had perished in a tragic accident in the Tooloom National Park. We were heart-broken to hear of the hard-to-believe news that our dear brother-in-Christ was no longer with us. Immediately our thoughts, prayers and concerns were with Robert’s wife Carol, their sons Jamie, Nathan and Bradley, and their respective families. No-one can prepare a wife, a family, or you for such events as this. Our grief was deep and our pain was palpable.

Robert was a man of deep Christian faith who loved his Lord, his family, and his church with an unabashed resolve and a loyal devotion. Born on 30 December 1951, he was baptised on 10 February 1952 and always displayed great dedication to the church to which he belonged. In his years at St John’s, Wilsonton, he served as congregational chairman, steward, servitor, Scripture reader, parish chairman, treasurer, congregational District Synod representative, and for the past 38 years as an elder of St John’s. He attended to his appointed tasks with a humble and self-effacing attitude and was more than willing to take on the difficult tasks congregations sometimes face. His genuinely selfless manner meant Robert was often the first to volunteer and the last to leave. Quite regularly—and not because he was rostered on to do so—Robert would be at the entrance of the church on a Sunday morning ready to greet those coming to worship with his warm smile and gentle handshake. For this, and for many other reasons, Robert is already being sorely missed.

Finally, to know Robert was to also know his enduring passion for aeroplanes. With a great deal of patience, endurance and tenacity, Robert managed, with some assistance from his son Jamie, to build his own plane over a period of 12 years. Complying with all aeronautical regulatory standards, his Wittman Tailwind was his pride and joy. Happy to show anyone who would be willing, pictures of progress on the plane’s development were shared on a regular basis. As delighted as he was with his achievements, even then his hobby would need to find its place behind his commitment to his Christian faith. Public evidence of this was made known to all in the naming of his plane — ‘Amazing Grace’.

We, as a parish, congregation, pastor, brother/sister in Christ, grandchild, child, and wife of Robert Dull, are deeply saddened by his accidental and sudden death. As our Parish Chairman, Robert’s death has touched us all across the parish, and we are in mourning. We will miss his smile, his laughter, his service to us, his giving, his quiet and unassuming presence among us.  We are broken-hearted, but not broken! Since, because of Christ’s glorious victory over death for our sake, we do not, as Paul says, ‘…grieve as others do who have no hope. For since we believe that Jesus died and rose again, even so, through Jesus, God will bring with him those who have fallen asleep’ (1 Thessalonians 4:14).

We pray that God will lovingly comfort us all, especially Carol and the entire Dull family, as we give thanks to God for Robert, and as we remember with affection a faithful servant of our Lord. Robert’s funeral was held at St John’s on Friday, 7 February 2020.