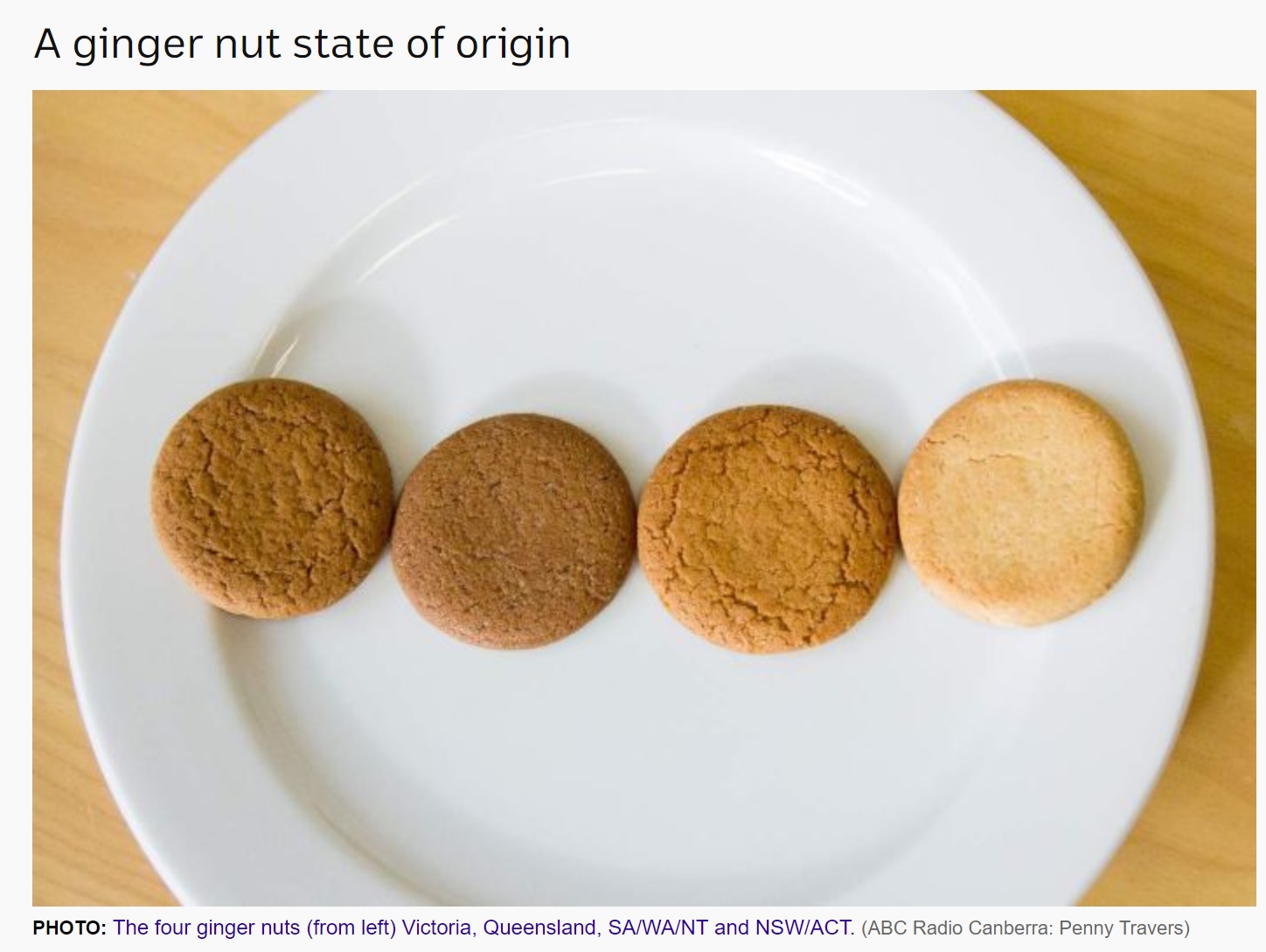 This is more than just ‘interesting information’ for your next trivia night. It is a vital clue to our witness and service as people of the ‘Lutheran Church’ in Australia.

Australia is both a nation and a union of ‘State cultures’. “We are one, but we are many” goes the famous line in the song, “I am Australian.” Each state in Australia has its own broad culture, often influenced by regional factors. For example, in Queensland, we are the one State in Australia which has more folk living outside of the capital precinct than within it. Queensland has ten of the top 30 population centres in Australia and three of the top ten. Queensland has the greatest number of migrants from countries like Papua New Guinea and Finland.

As the Arnotts Company makes its Ginger Nut biscuits considering each ‘regional culture’ of Australia, so too, we people of the Church of Jesus Christ, are sent to bear the Gospel to the people around us. We are people of the God who “became flesh and dwelt amongst us” (John 1). As people of the Lutheran Confession we ask the questions, “Who are the people we serve?” and “How do we best serve them according to the Lord’s great commission, to ‘Go to all nations’?”. Each Lutheran Church of each State (which we call ‘Districts’ in the Lutheran Church) will find different answers to those questions.

Specifically, in our Lutheran Church in Queensland, we have some mission activity that is the same as other parts of Australia or New Zealand, but we also have significant differences which highlight strengths and opportunities to be salt and light in our local communities. These things are gifts from God. Together, let us reflect on those things and work on those things for the sake of the Gospel.

St Paul wrote in his first letter to the Corinthians, “I have become all things to all people, so that I might by any means save some. I do it all for the sake of the gospel, so that I may share in its blessings.” (1 Corinthians 9:22-23).

One Small Step… of Faith »